The roadtrip has begun! We took a left turn out of the driveway, a right turn onto Interstate 90, a leftward swerve onto I-90 West, and that’s pretty much it! We’ll be on I-90 pretty much all the way to Rapid City, SD to get to our first destination of Mount Rushmore.

Our dog Dudley absolutely knew something was going on and was sitting faithfully by our vehicle and trailer. He was effective at ripping my heart out. 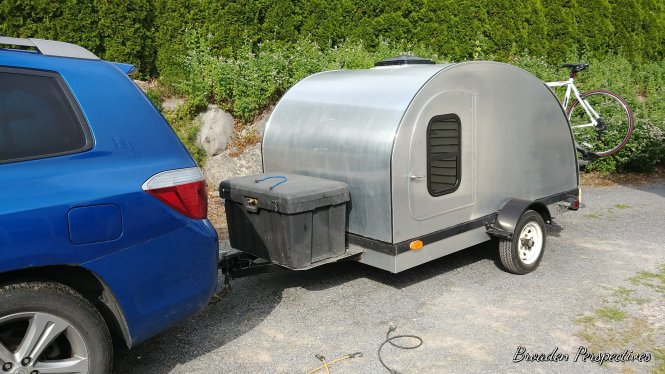 We stopped at my favorite service area (Angola Service Area). The building is in the center median of the thruway with walkways from each side parking area going over the highway. The walkway is enclosed and has large windows that line up with the two traffic lanes. The walkway is as high as a bridge and so is quite a thrill when large mack-trucks with their trailers pass directly underneath your feet and make the walkway jiggle slightly as is characteristic of bridges with traffic on them. LOVE IT!

We had a couple interesting moments on the highway. I was driving and all the sudden I saw something black that fell off or out of somewhere and slide, flip, or otherwise make its way to the side of the highway so I said to my copilot and sister Abby “What’s going on?” and all the sudden she said “Oh my gosh the back of the trailer is up/open!!” So I pulled over quickly to account for the contents of the back of the trailer and then close it. Before that we had to pull off the highway and adjust the distribuation of the load: we had to put more of the very heavy stuff onto the tongue/front end of the trailer to control its tendency to fishtail.

After we redistributed the load and after the trailer opened up the first time, we stopped at a service area right near the first Rochester exit. My nerves were sort of shot so Dad started driving. Then again, we’re flying down the highway, Dad and Abby are keeping a close eye on the trailer in the rear view mirror. All the sudden, Dad notices a car behind us flashing his lights at us. We were in the right lane and definitely not moving as fast as traffic but needed to pass. All the sudden, Dad and Abby say “The trailer is open again!!” So we pulled over on the side of an off-ramp and started investigating what could be done about the recurring problem. Dad ended up popping the hydraulic trailer door holders from their holders so they could be folded/moved and not provide any lifting force. We then latched the trailer door again, hopped in the car. We decided to proceed further down the exit and find a safer location to pull off and address the problem more permanently. We found a construction driveway and pulled off. We had a spare bungee-cord and so I said “Let’s hook the bungee around the door latch and hook it to the underside of the trailer.” So that was it! We wrapped it around a couple times, hooked it to some bracing Dad had installed, and drove away knowing that nothing was now going to fall out or get sucked out of the trailer…. 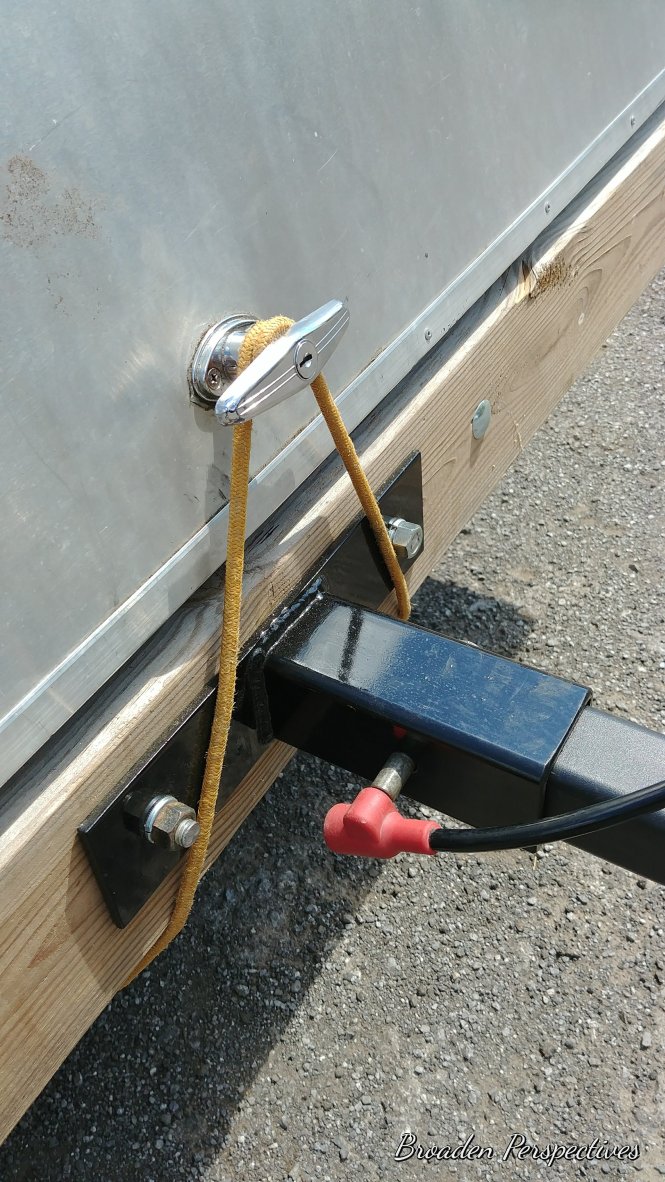 I’m so glad I didn’t lose my helmet… Would not have been happy about that.

We hit a bit of a traffic jam due to the highway being down to one lane for lane resurfacing. All combined, leaving at 10AM, stopping to address the trailer two times, stopping for gas, traffic jam, etc., we’ll be reaching and staying outside of Toledo, Ohio this evening.

We stopped at a TA Travel Center right near Ohio right off of I-90. We ended up getting gas behind this lady who started chatting with Mom. Mom told her we were heading out west on a family road trip and she ended up getting choked up and told us to enjoy it very much and that it would be memories for a lifetime. The lady told us about a road trip that her family took out west and that she celebrated her 5th birthday on the Grand Canyon rim in the 1950s. Her family invited people that were eating their picnic lunches nearby to come and join their birthday lunch. I just love these types of encounters!

We crossed into Ohio at approximately 4:20. We stayed at a Hotel in Toledo, Ohio for the night. The hotel was ok. Just a place to lay our heads and rest pretty much.