We took an easy morning, but planned to go for a hike somewhere. We ended up hiking on the Pacific Crest Trail north of I-90 and gained quite some elevation. We reached this very rocky area where we got to see some beautiful views before turning around to head back to the car.

Near the trailhead of the Pacific Crest Trail 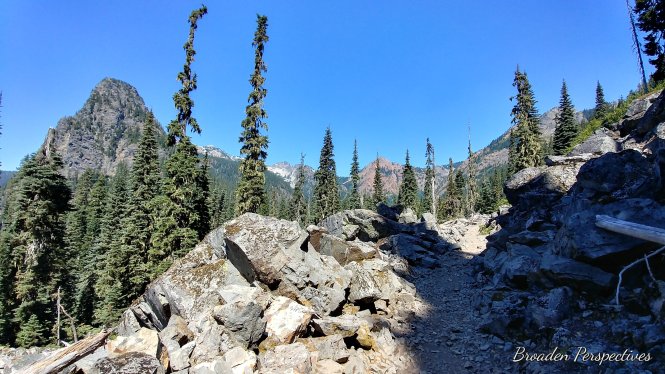 Another view of the PCT.

You just can’t take enough pictures to capture the amazingness of the trail.

We considered visiting Mount Rainier but opted against it since it was approximately 2.5 hours in a very round-about way to get there. We were technically probably about an hour away (as the crow flies) but due to lack of roads, you have to get on the highway and go a long way around to reach it. And it wasn’t really in the right general direction we wanted to go. The reasoning seemed reasonable at the time. Anyway, so we decided to visit Olympic National Park instead. We found a nice lake on the Atlas and google maps that we wanted to see if we could camp at. It was Lake Crescent at Fairholme Campground. Took a little longer to get there than we anticipated but it was a beautiful drive and the lake was just incredible. We didn’t get there any too early either. We found a really nice site to call home for a couple nights.

While we were paying for our one campsite, a lady came up and asked us if we wanted a water-front site (these sites are walk-in, tent-camp sites only). She said we should come check it out then decide. So we followed her and she and some other family or friends had a second site. There was a very small rock beach area and some nice trees (ahem… good hammock trees). So, we ended up paying for two nights, two camp sites. My little sister set up our tent on the little rock beach space and I set up my hammock of course! 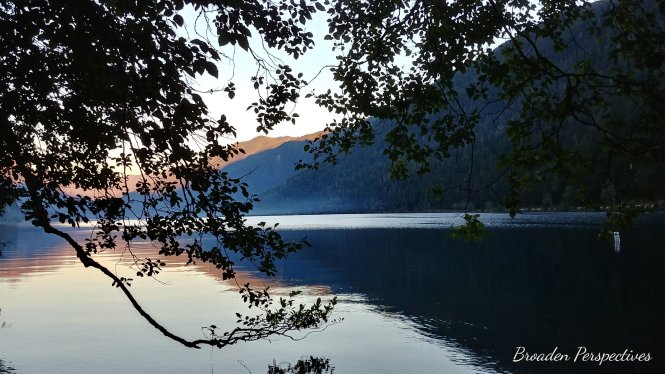 Lake Crescent a little after we woke up.

While my sister and I were setting up our tent and hammock and chilling out, a couple we saw trying to find a spot while we were came up and asked if we could strike a deal. We asked how much they want for their Sportsmobile…. hahahahhaa. No, I’m just kidding. They wondered if they could tie up their kayak at our waterfront campsite in exchange for letting us borrow it. You got a deal! So that’s how we ended up kayaking without bringing our kayaks from home. :-p

Dad and I went for a little drive and visited Cape Flattery, the furthest northwestern point of the continental United States. Cape Flattery is part of the Makah Indian Reservation so you have to purchase a recreation permit to visit or you could get in a bit of trouble with the local police. Anyway, it’s I think like a quarter to half mile walk out to the point but wow is it worth it. Really really beautiful. 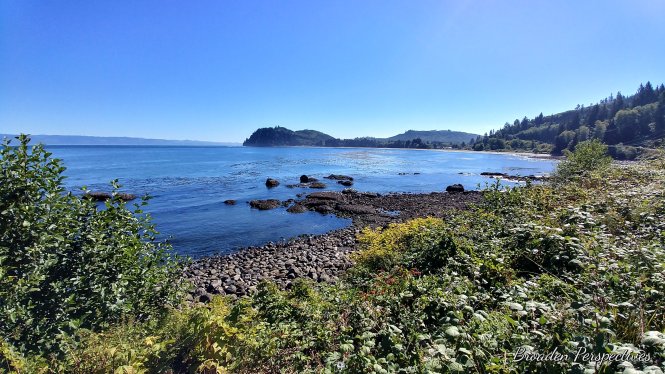 On our way to Cape Flattery. 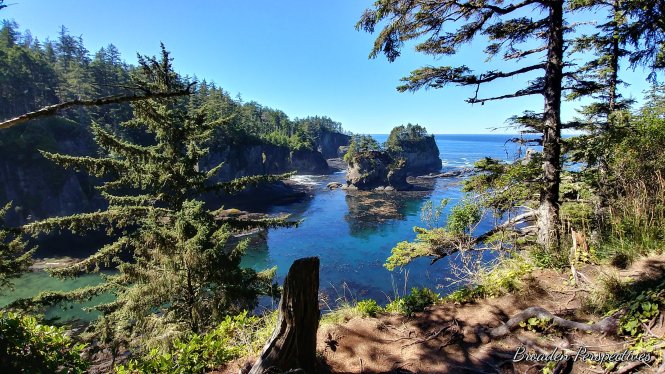 We got back to the campsite and went swimming in the beautiful clear (slightly chilly) water. It was so worth it. After we swam, we went up to the camp site where mom had fixed a pretty amazing dinner. It was really delicious. Mom and Abby were heading home soon.

We packed up our stuff and headed back towards Seattle. We made a stop in Port Angeles to get gas, check the tire pressure and engine oil, fill the windshield washer fluid, etc. We then stopped at one of the Olympic National Park Visitors Centers to get stickers and use the restrooms.

We decided to take a ferry across Puget Sound from Southworth to Fauntleroy. We got to the ferry just in time to catch the 1:10pm boat. Otherwise, we would have had to either wait until 2:30 or drive around the southern end through Tacoma back up towards our hotel near the airport.

Ferry ride from Southworth to Fauntleroy.

A work of art at the Angle Lake Sound Transit lightrail system into Seattle. 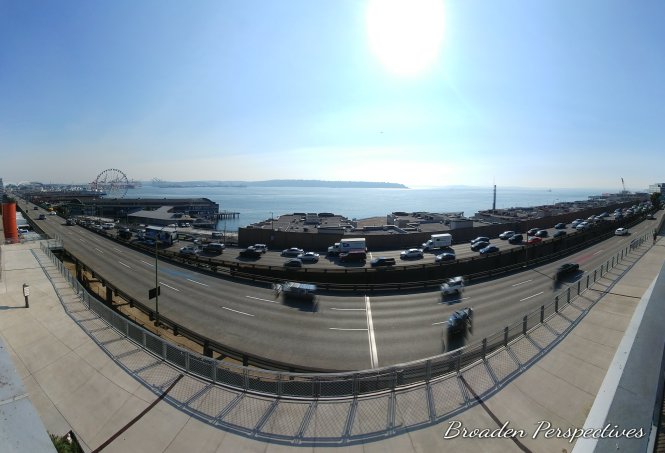 View from Pikes Peak Market looking out at Puget Sound.

That afternoon, we checked into the hotel and caught the Sound Transit Lightrail into downtown Seattle to check out the Pikes Peak market. Wow… cool place! There were a couple fish venders in the market… one of them would all the sudden start shouting loudly to each other and start throwing a (mostly) whole (but headless) dead fish around to each other. It was pretty comical.

Mom and I woke up at 3:15 (we had set our alarms). Mom and Abby had to be to the airport by 4:30AM to check in for a 6:00AM flight back to NY. Once they were ready to go, Mom, Abby and Dad caught the hotel shuttle to the airport. I didn’t. I needed to sleep. I was very nervous about Mom leaving. Once they left, I couldn’t help but burst into tears which shocked me! What is going on? Me? Separation anxiety? Seriously? Let me tell you a little about myself… I’ve traveled much further distances than across the country (Germany for about 6 months, India for 4.5 weeks, Puerto Rico for 2 weeks, Australia for 2 weeks… and others) and I have never had any sort of separation anxiety or home-sickness. Anyway, I went back to sleep until about 7:30 or 8:00am. Once we were ready to go, we had breakfast, re-worked the way we packed the car now that Mom and Abby’s stuff was gone, and hit I-5 South towards Redwoods National Parks!

We didn’t make it all the way there in one day. We spent the night in Grants Pass, Oregon. That night was rough. I woke up several times, my stomach was unsettled, I completely re-thought our road trip route, toyed with the idea of totally skipping California destinations and heading directly to southern Utah or just heading home. My stomach was in a bigger and tighter knot than I’ve ever experienced all night. I was awake at 3:30AM ready to pack the car and just get on the highway and go home. The anxiety level was crazy. I never have this issue.  I didn’t have any good explanation for why this was happening to me.  I was asking myself “Where the heck is this coming from?!?”

But I knew I would be so completely angry with myself if I just dropped every plan I had made and forget about every place I wanted to visit just to go home!  It was this battle within myself that was so nuts.  We decided to shorten the trip slightly and drop a couple of our destinations.   It took about half the day for my stomach to unclench and a couple of days for Dad and I to find our mojo of working together to make sure we survive without Mom.