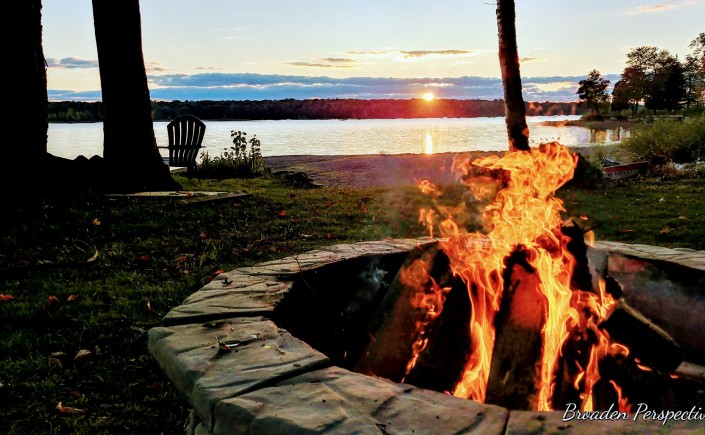 Hey everyone! I’ve been meaning to say this for a while. I’ll be utilizing the app called WhatsApp for communicating with friends/family over the internet (local wifi hotspots) instead of using the international cellular wireless network. I will look into getting sim cards in places I go so that I can use the wireless network but that’s something I have to figure out when I get to those places. I will let you know how that goes! If you want to keep in telephone touch and already have my phone number and WhatsApp, send me a text through the application.

We’ve spent a few awesome weekends at camp. Here’s a picture of this past weekend.

We had an awesome bonfire!

1. I was on the phone with CheapoAir.com a total of (approximately) two hours yesterday (Monday) evening. I had to time it right so that we could call Indonesia AirAsia during their business hours (9am-6pm [-10 GMT]). So I figured that if I called CheapoAir at 4pm, it would be 10AM wherever Indonesia AirAsia is located. Thankfully, I finally got bumped up to the supervisor who conferenced-in Indonesia AirAsia that somehow confirmed to CheapoAir that my ghost reservation came from CheapoAir. I’m now anticipating a refund in about a week (fingers crossed). I was starting to worry that I’d be stuck with this cost and basically set $340 on fire…poof. However, I’m now pretty confident that I’ll get my refund.

2. I finally received my travel credit card so now I can stop racking up foreign transaction fees with all this pre-traveling preparation costs.

3. I bought my flight from Melbourne, AU to Queenstown, New Zealand.

4. I secured my Stray Everywhere bus pass. I had trouble getting the website to actually let me in to manage my booking but it finally decided to work this (Tuesday) morning. I’ll be catching my first bus the morning of January 7th! It will be a happy new year in New Zealand if everything goes accordingly.

5. I’ve done a couple test-packs of my 65L pack and one test-pack of my 20L (carry-on) pack. Both times, it has given me slight to moderate nerves and anxiety. Thoughts flying around my head include:

– Do I need this many clothes? I want a few options;

– If I don’t bring the hammock and/or mosquito net, I could bring the rain fly and blow-up sleeping pad so that if I did want to camp I would have something to sleep under (rainfly) and on (sleeping pad).;

– Note: The hammock (& associated straps), rain fly, mosquito net, and sleeping pad take up a significant amount of space (relatively) and add a considerable amount of weight to the pack.;

– How much cold weather clothing to bring considering that I’ll be in pretty warm/tropical climates the first few months? But what if I go into high elevations? I’m going to need some warm clothes.;

– Rock climbing shoes and harness – also a must and they have found their nook of space.;

– How many pairs of shoes to bring? Right now, I have my sandals, flip-flops (for beaches and questionable showers), sneakers, and of course my trekking/hiking boots that I’ll be wearing on major travel days so they don’t really have to go into the backpack. They have their places… but just not sure the sneakers are needed. But they’re super comfortable and what if I want/need a change of close-toed shoes?;

All this together makes my mind race, gets my nerves all tense, and gives me…well, not cold feet exactly, but slight misgivings. I absolutely HATE feeling unprepared and with being so limited in carrying capacity, I feel that I will be caught unprepared and that could send me into a tizzy. 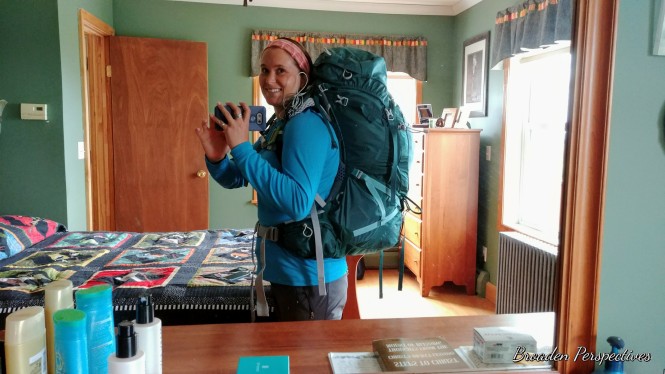 6. I extricated myself from my “captive” insurance agency and now my car is completely off the road and tucked away in our toy-shed. One last thing I need to do for that is get a couple of air fresheners to put in there so it doesn’t get too musty while being stored.

7. My 401(k) finally showed up in my IRA account. I talked to the financial advisor to get that money working for me. I’ll be pulling out some money at the very beginning of January to supplement my current accounts that are leaner than they should be for such a world tour venture.

8. I went apple picking with my little sister. 🙂

Apple picking!  I haven’t gone in the last few years and it was time! I love fall!

I CAN’T BELIEVE THERE IS ONLY A WEEK LEFT! This traveling period of my life has been so far off in the future for so long that it was one of those things that would probably never arrive… but it’s almost here and thankfully I’m as prepared as I think I can be! As usual, there will be things that I have to figure out once I get somewhere.

6 thoughts on “One Week to Go! Get WhatsApp to Keep in Telephone Touch!”