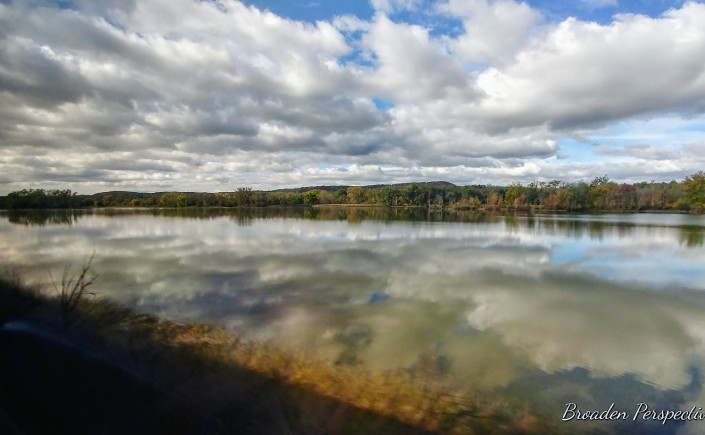 Tuesday morning, October 10th, I woke up at about 4am in order to get ready for the day; the day I would start traveling. I had to catch a 7am train in Syracuse that would take me to Penn Station in New York City. My flight was out of JFK in the wee hours of October 12th. 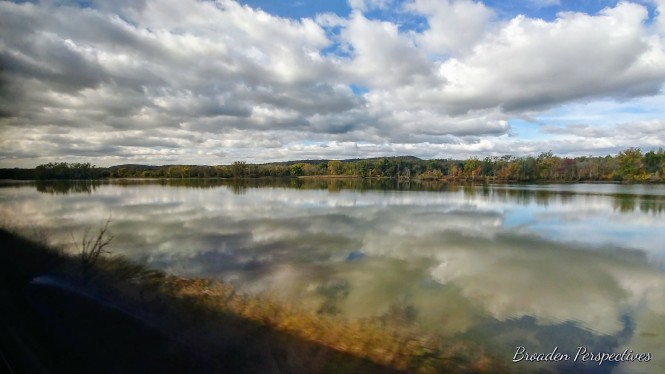 The train ride was very nice. The Hudson River was beautiful on the surface, but being an environmental engineer with some experience, I know that I would never choose to swim in that water. On arrival in Penn Station, I told myself I would not yield to the rush that I knew was characteristic of the train station. I didn’t have to rush anymore. I made my way to the office where I used to work in NYC and said hello to my former coworkers. It was wonderful seeing them and catching up.

The day-and-a-half that I was going to be in NYC was filled with meeting people and catching up over coffee, dinners, a happy hour, last-minute shopping/errands, and some down time to organize my stuff. At night, as the sun went down on the 11th, I started getting extremely nervous. I didn’t think that traveling for an extended period of time would be much different. I LOVE traveling and have told myself that everything would be fine and it would all work out.

At JFK, I had my 65L backpack wrapped in plastic, hoping that it would help keep the structure of the pack undamaged. I was so focused, or not, that I thought the guy that wrapped my bag was motioning for a tip until he pointed and my eyes fell on the pricing, right there staring me in the face. $15 to get your bag wrapped. Checked in, through security, now it is all sinking in. Waiting for the flight, I ate a piece of airport pizza, bought a couple of granola bars, filled my water bottle, and just tried to relax. The significance of my travel plans has hit me like a ton of bricks. 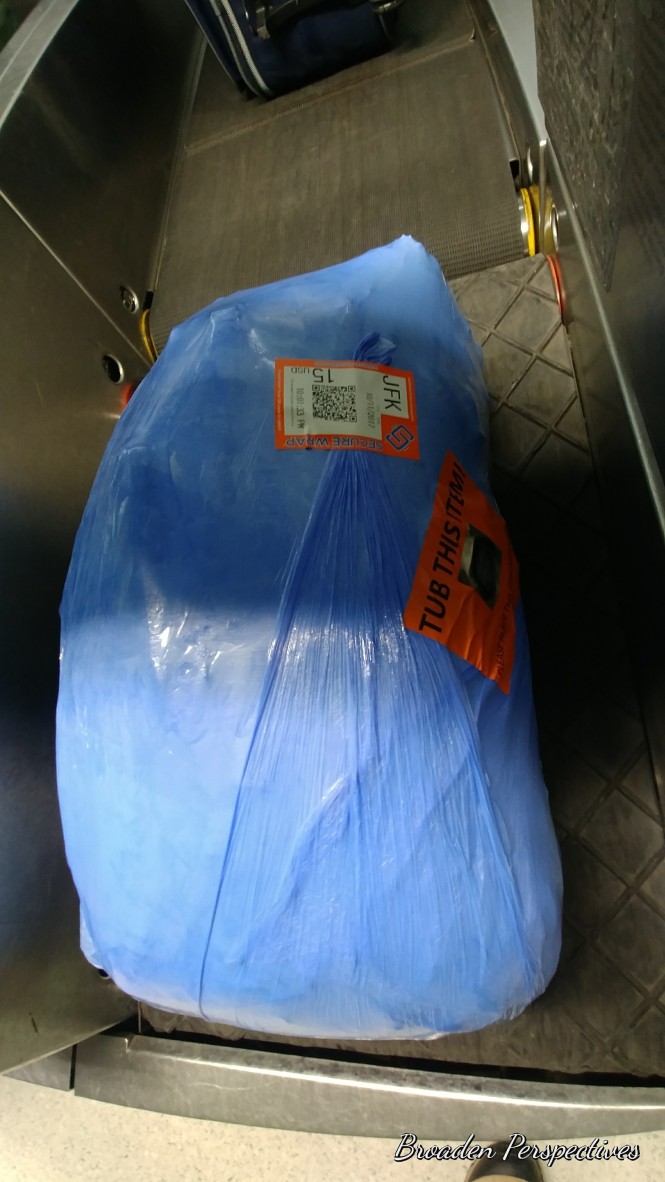 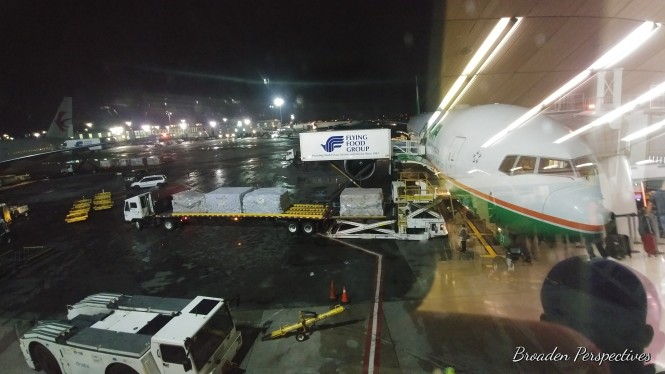 Time to board the plane; on the plane; get to my seat and guess where it is, middle aisle of seats, middle seat. :-O NOOOOOOO!!!!!! I am a window seat girl! My stomach sinks, I feel slightly like if anything is out-of-place or I realize I’ve forgotten something or left my phone or money somewhere that I would easily have a panic attack and leave the flight. Screw it all. When did I ever think this would easy, fun, and cool!

Since I can’t see out the windows and because I am so emotionally overwrought, I felt sick to my stomach for a good portion of the day. My flight was with EVA Airways and so I am surrounded by people who don’t speak english as a first language. Airplane doors shut, phone on airplane mode; I’m committed now. Now I’ve really done it.

The flight was going to be 15 hours all at night. It wouldn’t get light out until we landed in Taipei, Taiwan. I’ve never had a flight feel so long. The selection of movies wasn’t what I wished it had been. I did feel really tired so I ended up falling asleep for an hour or two only to realize that we were only about 5 hours into the trip. So I got out my tablet and decided to go through all my road trip pictures and delete bad or duplicate photos. While doing this, I started talking to one of the ladies that sat next to me. She had been at Zion National Park about 20 days after my Dad and I had been there. I believe she was from Taiwan, but lived in America (she had a US Passport) and was traveling to one of the Koreas to see family. Talking to her and the other lady sitting on the other side of me helped reassure me of why I was traveling. To meet new people and hear about them. It relaxed me for the time being. 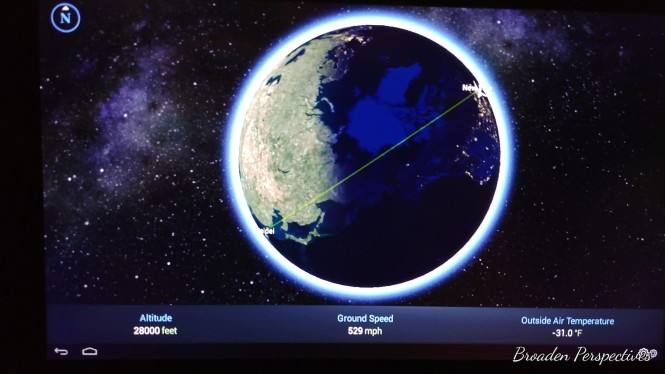 Flew over Syracuse basically, Lake Ontario, across the northern coast of Canada, north of Alaska, over Russia, then between Korea and Japan, down to Taiwan.

We landed in Taiwan at about quarter to 6am on the 13th. I ended up meeting the one lady’s son and daughter as we got off the plane. We had to go through a security check on our way to meet connecting flights. I was pondering what to do for breakfast and would you know, I ended up meeting that lady again. She knew I was vegetarian by this point and so recommended this dish with (I think) soy pudding, tapioca balls (like in bubble tea) and peanuts. The kind lady gave me a 50TN coin to buy breakfast with. It was warm and sweet but extremely different to anything I’ve ever eaten and it didn’t look appetizing at all. Being extremely exhausted, still quite emotional, I had to fight back the urge to burst into tears. All the tables and chairs at this place were occupied so I just stood and ate a few bites until another woman with a small boy invited me to sit at her table with her. This meant the world to me. I was losing the battle to fight back tears. 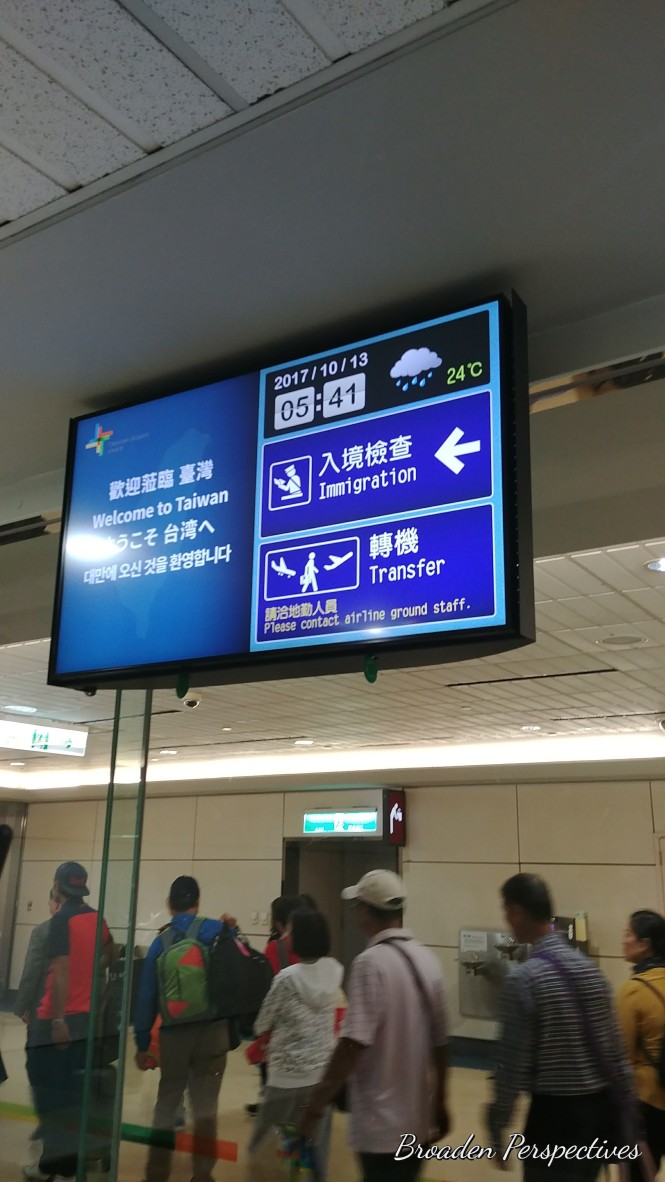 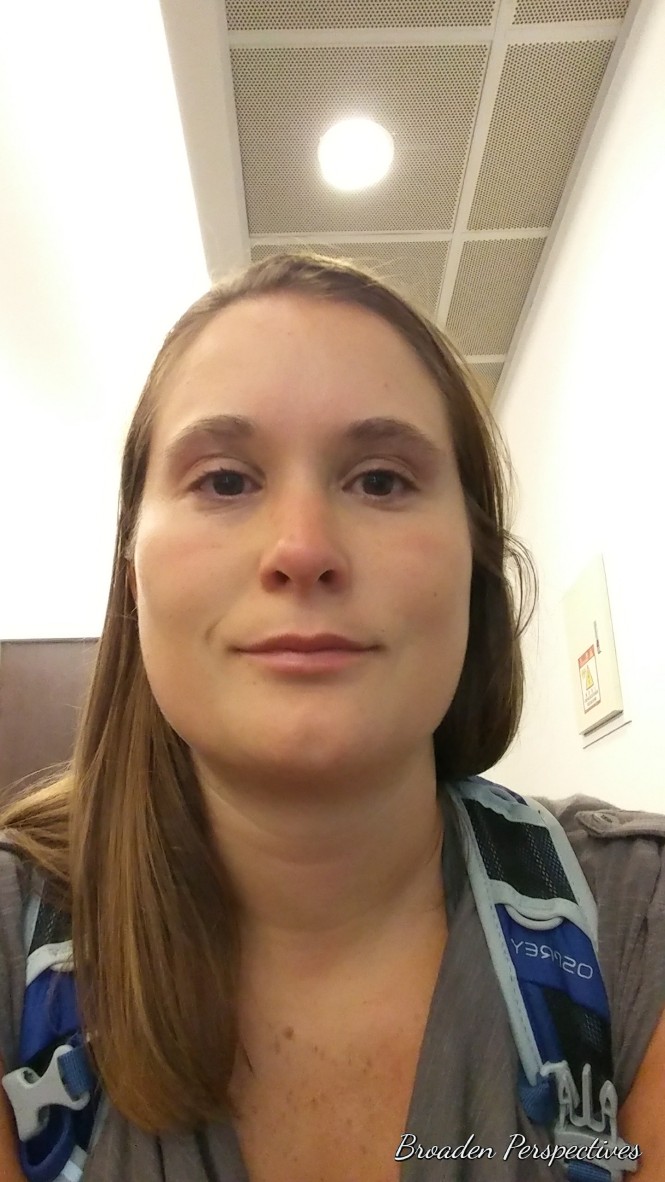 Slightly tired and overwhelmed in Taipei… joking.  make that very!

After I choked down breakfast, I got to the gate with my connecting flight. There were a few english-speaking people and one I talked to briefly. He was going to southern Thailand to see a friend of his. We boarded the flight, and guess what; another middle aisle, middle seat. Repeat the feeling of being car sick from physical and emotional exhaustion.

I slept about half way through the 3 hour flight. My neck didn’t appreciate it. The plane made a semi-smooth landing in Bangkok, bouncing off the ground once pretty hard which jolted me awake from a half-sleep-half-awake state. In Taiwan, I remembered that I didn’t print my New Zealand work-travel visa. I also remembered that the G Adventures tour said to apply for a multiple-entry visa. As I looked into that visa, it said that it could only be applied for in advance (or something like that) making me think that I could potentially be in trouble. But I also remembered that I didn’t worry about getting a Thailand visa because it was a country where you can get a visa on arrival. So I tried not to worry myself about it because I didn’t need one more thing to think about. I asked a lady near where there are forms to obtain a visa on arrival whether I could apply for a multiple entry visa here. She said I didn’t need one and that I could just get another visa on arrival when I come back to Thailand during this tour.

It took my backpack a long time to come out on the conveyor belt; I was starting to worry that it had gotten lost. Thankfully, that shiny blue-wrapped lump of my backpack finally came up and a minor sense of relief washed over me. At least it’s gone relatively smoothly thus far. Now to find my pre-arranged pickup. There are several meeting areas where people wait with signs for their arrivals and I eventually found my name. I had to wait a few minutes until a car came. I knew from my STA travel agent that it would take about 35 minutes to get to Bangkok center, but there was a lot of traffic, and so it felt like forever. I finally decided to ask how much longer till we arrive but the driver hardly knew english and of course I know absolutely no Thai.

Finally we pulled into the hotel. The google maps photos of the place gave me a certain expectation for the place and I was quite let down. Checked in, got up to my room, got my pajamas on, pulled out my sleeping bag, used the restroom, and then laid down and fell fast asleep. I slept soundly until at least midnight, then was in and out of consciousness till it got light out (Saturday). After getting myself clean and ready for the day, I sat down on the bed and decided to read a book my former coworker Katie gave me. I felt myself feeling more and more tired. I slept most of the day, waking up now and then but having no gumption get up or do anything and finally falling back asleep. Having dinner at about 9:30pm in the hotel restaurant was the most active thing I accomplished to do.

Now it’s just a waiting game until my travel group finally gathers sometime on the 15th. I honestly can’t wait. I think I’ve felt more alone since I got here than I have for a long time or ever. Similar to when Mom went home during our road trip, all I want to do right now is catch a flight home.

Why did I ever think this would be easy?

Why do I push myself so far outside of my comfort zone?

I know I need to be patient, to have some faith that it will get better, but easier said than done.

I’ve been dreaming of traveling the world for years, and now it’s finally here and all I want to do is go home?? I’ll be with my tour group in probably 12 hours (give or take) now… that’s all I have to wait. Maybe I can sleep through some of it. I’ve never slept so much in my life. I wasnt tracking how many hours I’ve slept, but it’s a lot!

I didn’t say I was going to sugar-coat my blog posts or the places that I was going. I’ll be writing my experiences, as hard or as easy or amazing as they are. Right now, it’s pretty rough. My next post should be better (fingers crossed)!