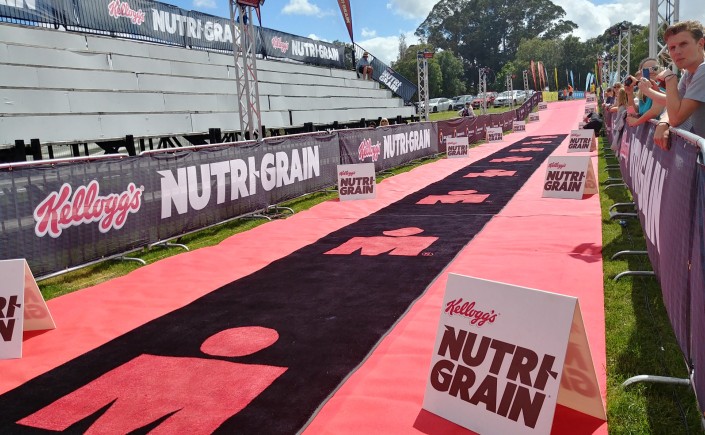 If you didn’t know, I want to do a triathlon sometime in the near future. I had signed up for one (Harryman Olympic) to be attempted in May 2017. I didn’t end up competing in it though because I hadn’t been training. I was working a TON of hours, wasn’t training at the gym or outdoors, and ended up being sick the weekend of the event.

I love watching athletic events like this though. Ever since my work team and I participated in a Ragnar Trail Relay (Google it), these types of events haven’t been completely about “the time” that you can do the event in. To me, it’s more about supporting your team mates, encouraging them and cheering them on no matter how fast they run. They are challenging themselves at whatever level of athlete they are. I am always surprised how much energy you can gain in the last few steps when you hear your team hooting and hollering for you.

It’s so important to cheer people on and let them know that you believe in them. I know that encouragement from friends and family and many others has gotten me as far in my education and career as I am today.

Ok, enough of that. On to Ironman. Is it one word or two? I’m not sure.

My HelpX host and I got up early and drove into town, found a good parking spot, and then walked a short distance to the “foreshore” of the lake where the opening ceremony would be held.

Hanging out waiting for the welcome ceremony.

The welcome ceremony consisted of a Maori Powhiri which (if I remember correctly) is a traditional welcome ceremony that includes a Haka. It was pretty awesome. I wish I was standing a bit closer to the ceremony but we had a pretty good vantage point for the whole of the opening, not just the ceremony.

There were so many competitors. With Ironman, there is a “swimming start” which means that the start line is in the water. This means that the competitors have to cross the electronic time-measuring start-line on land, get in the water, and tread water until the cannon goes off. Who wants to do that and have all those few minutes on their competition time? Seriously. LOL. With the Harryman triathlon, there is a running start which means you run across the time-start on land and into the water; it’s much more exhilarating and exciting to watch for sure. 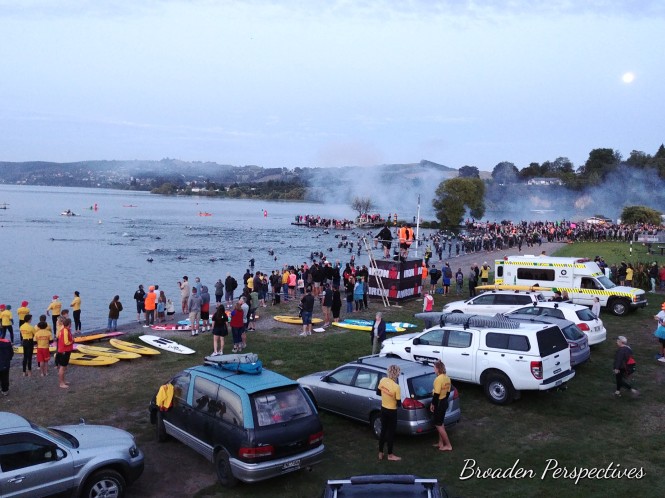 Watching the “age group” contestants cross the time-start and enter the water.

This video is either of contestants streaming into the water or the mass age-groups start.

After the swim start, I watched the madness of the general “age groups start” and was happy I wasn’t in the middle of the malay! Within 5-10 minutes a few people were pulled out of the water. One swimmer kept veering off into random directions. I felt sorry for that person.

Route from the swimming exit at the boat launch up towards the transition area.

So many super awesome bikes! 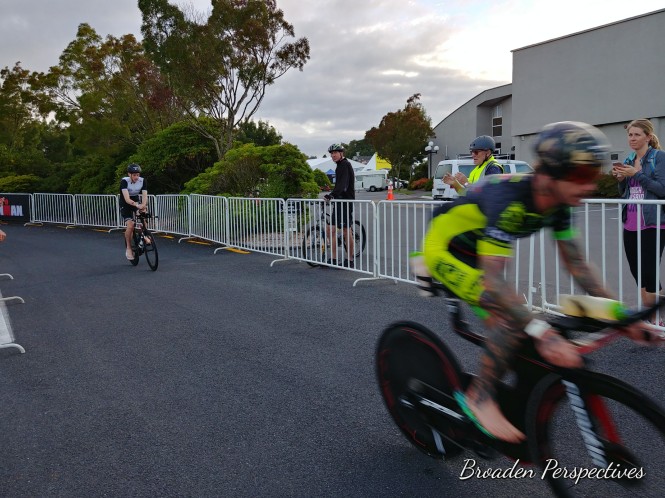 Watching contestants stream out of the transition area.

The first guy to get out of the water was a professional athlete.

Bikes started streaming out of the transition area as more and more people finished the swim.

….and then they were mostly all on the course with the exception of a few that didn’t make it for some reason or other.

The first professional athlete off the bike and onto the run for the full Ironman was Terenzo Bozzone. He has been competing in this triathlon for several years and has come in either second or third each time. Watching this guy ride a bike and subsequently run; wowza. This dude is a finely tuned machine of an athlete. Holy cow!!!! Completely amazing and impressive. 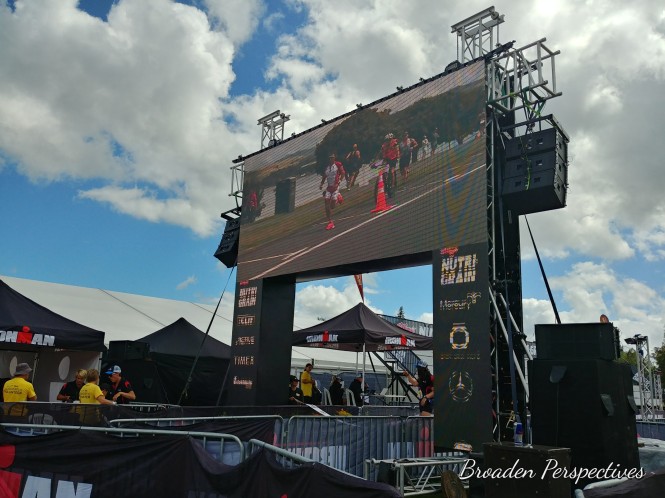 Watching this guy run on the big screen… not sure I’ve seen anyone run so smoothly or so efficiently or impressively as this guy.

I apparently need to up my game slightly. 😀

I watched several people finish the half Ironman (Ironman 70.3). 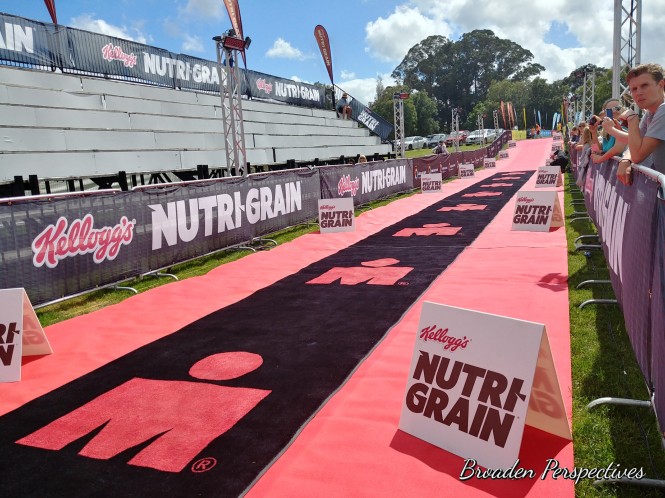 One woman had the “race wobbles” coming in. She barely made it down the Ironman red carpet. Her legs just didn’t want to work anymore. She tumbled one or two times and basically crawled across the finish line; but she didn’t give up. She got across and was promptly lifted and assisted into the medical tent for evaluation to get her back up to snuff. I also watched a couple of para-palegic guys come across the finish line too in their special race wheel chairs.  It was completely incredible and awe-inspiring.  I swear, people who are struggling and finish are more inspiring than those who sail across the finish line. They have real grit to overcome their circumstances. Both are inspiring of course, but in different ways.

This year was apparently “Terenzo Bozzone’s” year. He finished the full Ironman in record time; basically eight hours and a couple of seconds. The last record was eight hours and seven minutes I’m pretty sure. Amazing.

Fun times in Taupo! I wanted to put in more videos, but the files were too large and wouldn’t transfer so easily. 😦

If I was in the mood to write about this, I’m sure I could have written more…but oh well.   Lots on my mind and more exciting things to write about.  So…. moving on.  :-p

Only about 3 weeks left in NZ!